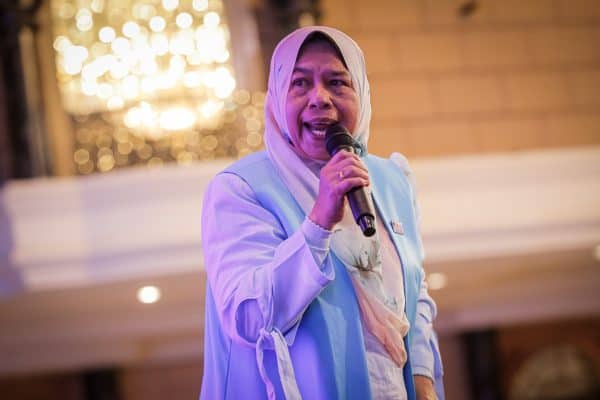 PUTRAJAYA,. Parti Keadilan Rakyat (PKR) vice president Zuraida Kamaruddin said she had decided to take leave from all posts in the party to ensure the decision that would be made by the party political bureau on the disciplinary case she was facing would be more transparent.

This was because she was a member of the political bureau and must be professional by opting to take leave so as not to be seen influencing the decision which would be made by the bureau, she said.

According to Zuraida, the political bureau was the final body to make a political decision and she did not want to be present when the decision was made.

‘‘The disciplinary case I am facing will be referred to the political bureau by the Disciplinary Board after investigations have been completed.

‘‘Since, I am the accused person, it is more professional for me to rest for a while,’’ said Zuraida, who is also Housing and Local Government Minister, when met by reporters after an excellence award and ‘Jasa Mu Di Kenang’ ceremony at her ministry here yesterday.

In the meantime, Zuraida said she was prepared to face two charges of slander which were made against her in court.

She said she had scrutinised the legal action letters on charges of slander from PKR secretary general Datuk Seri Saifuddin Nasution Ismail and Datuk Seri Anwar Ibrahim’s political secretary, Farhash Wafa Salvador, and was prepared to face the charges in court. — Bernama