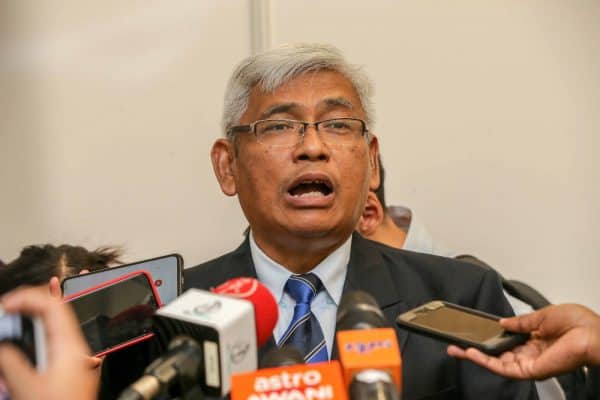 Pakatan leaders were not consulted about PPSMI, suggests DAP man

KUALA LUMPUR,. Pakatan Harapan (PH) leaders were not consulted about the decision to reinstate English as the teaching medium for Mathematics and Science in secondary schools, a DAP man suggested.

The party’s Perak vice-chairman and state executive councillor Abdul Aziz Bari claimed Prime Minister Tun Dr Mahathir Mohamad made a unilateral call, without the approval of his own Cabinet or any discussion within the coalition, The Star quoted him as saying.

“It is better for the prime minister and other ministers to have discussions with the Cabinet and parties’ committee first as it can cause confusion and disagreements among our coalition.

“No one, including the prime minister, is bigger than Pakatan. We need to discipline ourselves not to make any decision that can cause perplexity in Pakatan,” he told reporters after attending a Chinese New Year event here yesterday.

The policy was not announced officially but recorded on video that was later uploaded on social media.

The clip showed Dr Mahathir addressing a special meeting with ministry management officials on Thursday in which he said schools will revert to English for Maths and Science lessons.

The government had previously scrapped the policy, also known as the PPSMI, purportedly due to political pressure from pro-national language groups.

The move triggered a backlash from mostly English-speaking middle-class parents.

Dr Mahathir, a technocrat and known admirer of Western-style capitalist development, is currently the acting education minister. His predecessor and party colleague, Maszlee Malik, abruptly vacated the post last month amid speculation that he was forced to do so.

This is not the first time a PH leader has accused Dr Mahathir of acting unilaterally. PKR leaders, for example, had previously accused the Bersatu leader of bulldozing decisions concerning the coalition, like picking members for his Cabinet.

“It seems like, these days, opinions are given based on their personal preferences. Certain issues such as education matters need to be discussed together before making any decision,” Aziz was quoted as saying.

“As an acting education minister, he (Dr Mahathir) must remember to follow Pakatan’s manifesto,” he added.

“Thorough discussions among parties are important before making any decision.”