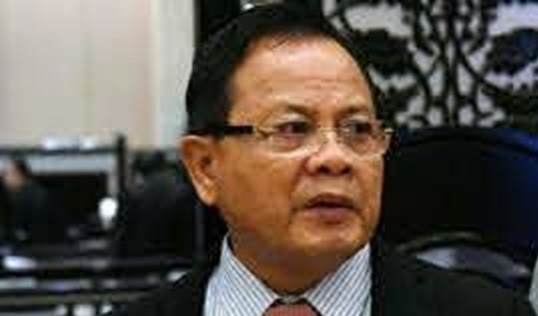 KUALA LUMPUR,. Malaysia is capable of producing almost all the basic foodstuff it currently needs, the Dewan Rakyat was told yesterday.

Deputy Minister of Agriculture and Food Industry (MAFI) Datuk Seri Ahmad Hamzah said that based on the national food production rate the subsistence level for chicken and duck, chicken eggs and duck as well as fish was more than 90 per cent.

He said the country had reached a self-sufficiency level of more than 100 per cent for local fruits and vegetables except for mangoes, coconuts, cabbage, chillies and ginger.

“However, Malaysia still depends on imports for some other food items such as beef, rice and vegetables and fruits from temperate climates such as cabbage, onions, apples and oranges to meet domestic needs,” he said.

He was answering a question from Datuk Ahmad Nazlan Idris (BN-Jerantut) who wanted to know the capability of the country in ensuring the country’s food supply would not be curtailed, to protect food security.

Therefore, Ahmad said to ensure the country’s capability in ensuring a continuous food supply, the ministry had identified several new directions in the agriculture sector including the rice, crop and livestock and fisheries industries for the next five years.

He said the new directions included optimising land use and increasing the application of modern technology in developing quality varieties for the rice industry as well as developing high value vegetable and fruit commodities for domestic and export purposes.

In the meantime, Ahmad said MAFI was now in the final stages of preparing the National Agrofood Policy (DAN) 2.0 towards the development of a sustainable agro-food sector from 2021 to 2030.

Meanwhile, answering a question from Sim Tze Tzin (PH-Bayan Baru) on the remarks of the National Audit Report 2018 Series 3 Agricultural Consignment Import Control Activities Management, Ahmad said the ministry had made some improvements based on the National Audit report.

Among the improvements were import conditions for a plant, plant products and controlled articles would be determined based on the Pest Risk Analysis (PRA) which would be evaluated in more detail to ensure the imported goods were free from plant diseases and pests, he said.

“Digitalisation, inspection through the use of the i-Maqis system for consignment inspection reports at the entrance will also be implemented,” he said.

Sim, in his question, wanted to know the ministry’s action over the National Audit Report 2018 Series 3 Agricultural Consignment Import Control Activity Management, which showed weaknesses in ensuring that imported agricultural consignments were free from the threat of pests, diseases, contaminants, were of quality and safe, and achievements, to date.

Apart from that, according to Ahmad, the enforcement element at the entrances in an integrated manner with all relevant enforcement departments and agencies, would also be strengthened.

“As of October 2020, the number of cases detained for offences is 1,105 cases with a trade value of RM134 million, 913 cases have been compounded with a collection value of RM3 million involving offences which included no import permit, no export permit,” he said.

Meanwhile, he said the ministry had obtained confirmation from two parties before receiving imported goods.