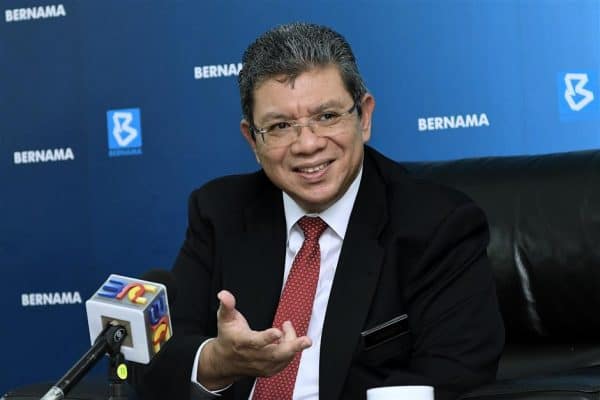 Its minister Datuk Saifuddin Abdullah said the effort, implemented in collaboration with service providers, is funded by an additional investment of RM400 million, announced under the Prihatin Rakyat Economic Stimulus Package (PRIHATIN).

Among efforts carried out are network optimisation and radio capacity enhancement in high-usage areas as well as network capacity dispersion to meet the increasing bandwidth demand at residential premises, he said.

“Other implemented works are upgrading the wireless backhaul connections to fibre optic connections, enhancing the capacity of the main domestic network including providing new fibre optic infrastructure and expanding the interconnection bandwidth as well as utilising the reserve capacity, ” he said in a statement.

Others include providing mobile transmitter stations and WiFi access to address issues related to network traffic in critical areas as well as increasing international network capacity, he added.

Saifuddin said during the improvement works, MCMC would monitor networks performance and facilitate any challenges faced by providers while carrying out their task.

He noted that the demand for broadband had surged since the implementation of the Movement Control Order (MCO) as Malaysians were relying on the Internet to perform most of their activities at home.

“This trend is causing congestion and a decrease in download speed, affecting users experience. I fully understand the difficulties people faced when access to the Internet is not up to par at a particular time,” he said.

Various steps have been taken to meet the high demand for broadband among people, particularly during the MCO, to ensure daily tasks can be discharged uninterrupted, including giving out free1GB of high-speed Internet.

Besides that, fixed-broadband services are offered with unlimited data to subscribers to encourage Malaysians to fully utilise their time at home.

“I urge Malaysians to be patient and to understand the constraints faced by the industry players in improving the bandwidth for the common good.

“I am confident that resilient digital connectivity awaits the people when all government-planned initiatives are implemented with the support from stakeholders,” said Saifuddin.